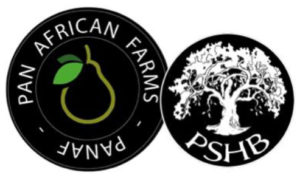 Pan African Farms is family-run business that is based in Parys. They have developed a unique, non-toxic and environmentally-friendly range of products. They are the first people to bring liposomes and chitosan together, with a revolutionary technology that is showing results never previously achieved.

When a fungicide attempts to get through the cell wall of a fungus, there are nano-sized gaps. The wall is followed by a membrane which has a highly selective barrier function. To be successful, the anti-fungal preparation needs to get past these two barriers, through holes (app. 30 nm) in diameter.

But as is the case with all cells, fungi also need lipids. This became the key for Pan African Farms. They have developed a method (called ANODS), to penetrate through fungal barriers, and thereby deliver its active ingredients inside the fungus, eradicating the fusarium fungus that is responsible for the die-back of trees.

The second part of Pan African Farms’ approach to combatting the PSHB beetle is to create a lipid-based surfactant to carry an insecticide deep into a tree to where the beetle is boring its fusarium producing tunnels. Again, it is the lipid structure of ANODS that enables penetration to deliver the cargo.